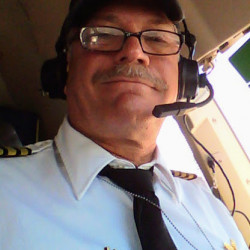 August 2019 to present Senior Captain and Aircraft manager on a BBJ II in a Part 91 operation.
Based in Asia and operating worldwide.

2017 Contract Captain in Dubai on a BBJ
â¢ Aircraft used for both business and personal travel. About 85% of the flight time was involved with business travel to Russia, India, China, Borneo, Korea, Canada, Panama and South America. A few personal trips involved flights transporting family from Dubai, UAE to Japan, Hawaii (Honolulu and Hilo) Mexico, Panama, Seattle, and Finland.
â¢ Planed, operated and supported flight operations. Assisted in loading and unloading baggage and cargo, cleaning the aircraft, fueling the aircraft, checking and filling oil in the engines, and installing and uninstalling engine covers, pitot covers and landing gear pins.
â¢ Assisted in the logistics of getting flight attendants and crew to and from various airports. Loading catering at hotels and stocking the aircraft galley, as well as, unloading dishes and cleaning the galley were also part of my routine.
â¢ On call 24/7 working 4 weeks on and 4 weeks off.

ï§ Arrived at JFK at 05:30 from LAX on 9/11
ï§ When first aircraft hit the World Trade Center made arrangements for accommodations to remain on duty in the CPO at JFK.
ï§ Remained on duty with Chief Pilot Patrick Kavanagh manning the CPO 24/7 for about 10 days taking turns for rest and sleep.
ï§ Used my Delta company laptop and modem to run operations at JFK since all T-1 high speed internet lines were confiscated by the government. This was the only computer available to run JFK Flight Operations for a week.
ï§ Flew Deltaâs first flight out of New York (LGA) several days after 9/11 taking 100 crew to ATL and returning a similar number to JFK.
ï§ Assisted with coordination of aircraft recover of the 40+ Delta aircraft which had diverted to Gander, Newfoundland along with some from Europe.
ï§ Helped implement new security procedures and rules at JFK and LGA.

Notice: BizJetJobs is not related or affiliated with BizJet. BizJet is a subsidiary of Lufthansa Airlines and is a premier provider of aircraft maintenance services.

You are using an outdated browser. Sorry, this web site doesn't support Internet Explorer 6. To get the best possible experience using our website we recommend that you upgrade to a newer version or other web browser. A list of the most popular web browsers can be found below. It is completely free for download: